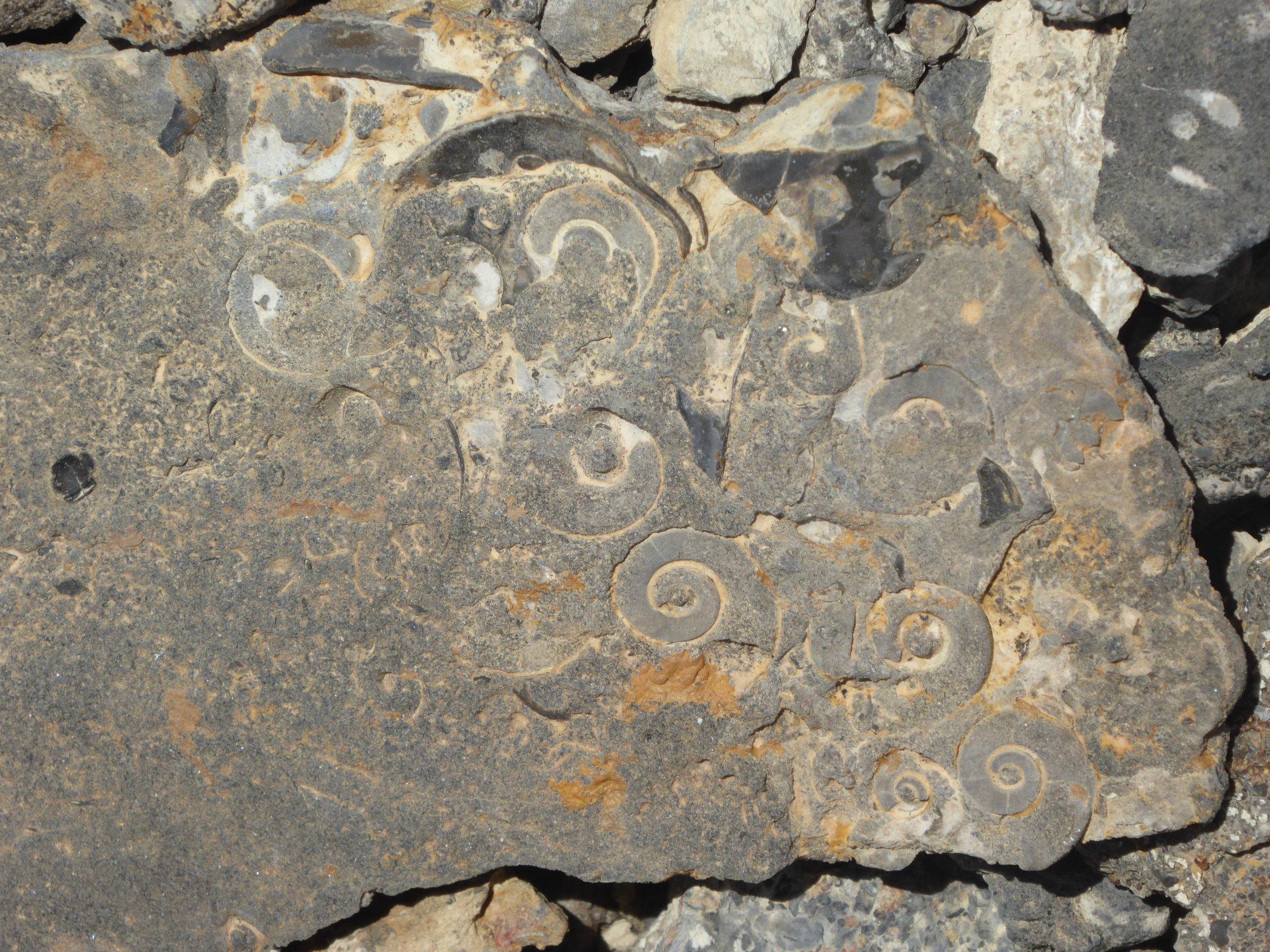 Field work as a palaeoecologist requires you to see periods of Earth history, superimposed onto each other like layers of cake. My work had brought my colleague BjÃ¶rn KrÃ¶ger and me to the Ibex area of Utah. Although we were in the middle of a desert, we were there to study reefs which grew in the shallow seas of the Ordovician period, about 470-480 million years ago. We had planned for hard work, scorching heat, and rattlesnakes; even the local place names foreshadowed mishaps â€“ our path took us through Skull Rock Pass towards the Confusion Range.

But weeks of rain before our arrival had left the desert hectic with life. Lizards zapped across the ground between sagebrush bushes and even the most ferocious-looking cacti had erupted into enormous, exuberant rose-pink or lipstick-red flowers. One evening, while exploring a new part of the field area, we wandered up a dry valley packed with bitterbrush shrubs weighed down by pale yellow blossom. As a palaeoecologist, I am lucky to spend plenty of time in deserts in search of fossils, but Iâ€™d never seen one as lively and colourful as this.

Like the desert after the rain, the Ordovician was a time of incredible change. There was sustained increase in marine invertebrate diversity and ecological complexity, which had profound implications for the subsequent history of life. Among the ecological upheavals of this time was a striking change in the composition of reef-building communities. The communities of microbes, sponges and problematica which had been the worldâ€™s reef-builders for millions of years were joined by large, robust reef-building animals including corals and bryozoans. We had come to Utah to understand the early stages of this transition.

As we clambered up scree slopes, measured sections, and examined reefs, I imagined what this place was like before tectonic movement, sea level change and evolution altered its character completely. The reefs are preserved as rounded limestone mounds, packed with the ghostly-looking fossils of sponges and enigmatic sponge-like organisms called calathids, as well as fragments of other invertebrates: gastropods, trilobites, echinoderms, and brachiopods. I imagined the thousands of little sponges, the size of dinner rolls, and the ancient seawater which flowed through their pores; the gloopy microbial communities everywhere, and the trilobites roving around it all, as dark and purposeful as London taxis. But desert life constantly intervenedâ€“ from the sudden buzz of a rattlesnake, to the massive, snaking root systems of the tiny juniper trees, high up on the scree slopes, often only half-alive but waving tufts of foliage on upraised branches.

On our last evening in the field, I climbed a quartzite ridge behind our camp which had become a sort of natural rock garden: an unlikely mix of pillowy green foliage, flowering cacti and juniper trees. I had a fat notebook full of data on what this place had been – the rocks and the fossil reefs – and also a thinner book, my own field journal, with my far less scientific notes on what it is now. I thought about the lifetimes it would take to completely understand each of these parallel worlds, and what a pleasure it had been to exist for a while in them both.