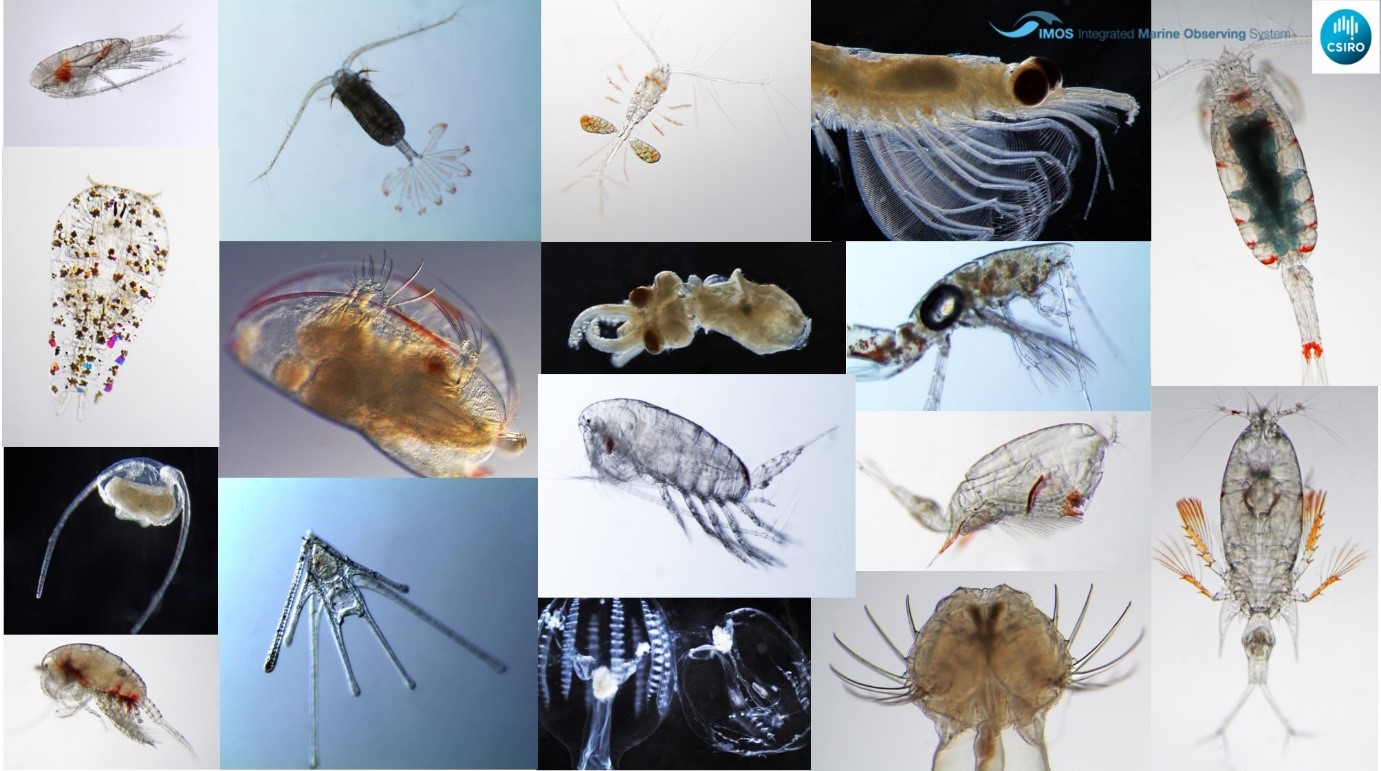 The ocean is fickle, and thereâ€™s no such thing as a typical sampling trip. Some days, the rain lashes my face as the small boat pitches and sways, slowly lurching towards a mooring site blinking in and out of view behind the waves. I manoeuvre the boat to prevent the swell from ruining our plankton sample, struggle to balance while tying a bowline in the net rope, and hold onto a student who admitted to getting seasick a little too late. But other days, sampling trips are a marine biologistâ€™s dream.

One calm sunny day, we set off for a mooring site five nautical miles away from North Stradbroke Island, close to Brisbane, Australia. This is one of the Integrated Marine Observing Systems (IMOS) National Reference Stations (NRS); one of seven national mooring sites sampled monthly since 2009 for zooplankton and diverse environmental variables. What are zooplankton? Imagine spending your life suspended in a dense fluid, not mobile enough to overcome the will of currents. Thatâ€™s about the life of zooplankton. Most are tiny, but some â€“like the 40 m long siphonophoreâ€” are the longest marine animals alive. Zooplankton diversity is staggering, and they represent an important thread in the food web that connects algae to larger animals, like fish. By repeatedly measuring both zooplankton and diverse environmental conditions, we try to understand how some of the smallest animals on earth are affected by changes in the environment.

As we arrived at the mooring, the water was crystal clear and we could see a pair of dolphin fish, Mahi mahi, and schools of baitfish circling the mooring line. We were racing through the sampling in record time, the whole operation running like clockwork. Thoughts of an early finish, coffee, and hot chips were starting to take hold when we hear a whooshing and splashing behind us. A couple of humpbacks came lunging towards the boat. Normally they pass by and continue their migration giving us only a brief glimpse. But this time they stopped next to the boat. For the next 20 minutes they circled, breached, splashed and played around us. North Stradbroke Island is on the humpback whaleâ€™s migration route between their feeding grounds in Antarctic waters and the tropical waters where they calve.

Whichever kind of day you get when out on a sampling trip it is always more invigorating than a day in the office. And there is always a feeling of great relief, sat on the dock after a successful trip, with another month of samples to add to the ever-increasing plankton time series at the IMOS National Reference Stations.

This story is published under a CC-BY NC licence. Photographs are by Claire Davies and Anthony Richardson unless specified otherwise.