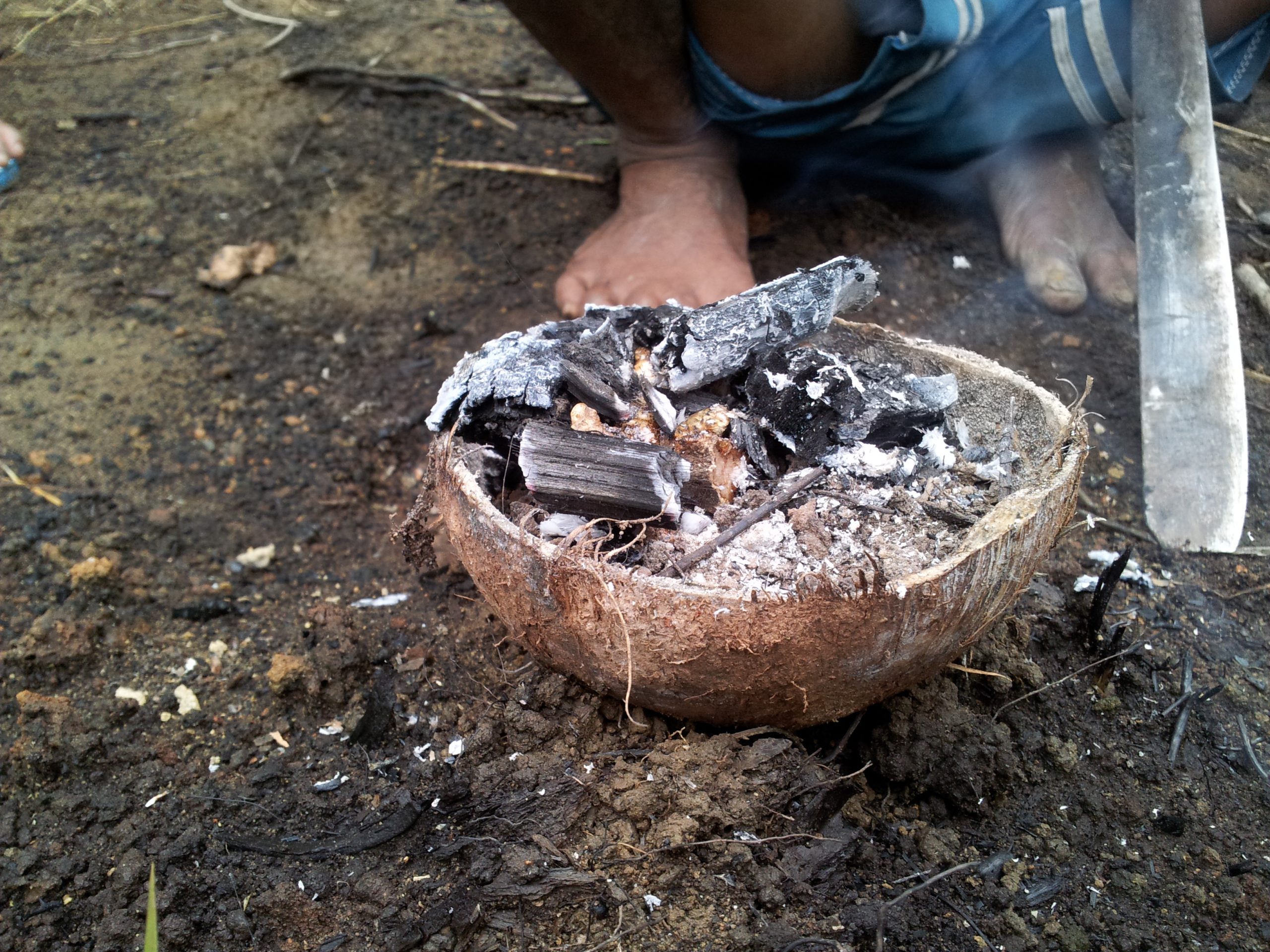 Song for the Trees

Tok Sumpeh is a hard man to find. His family are shifting cultivators in the midst of a Malaysian rain forest, living in a set of temporary huts called â€˜pondoksâ€™. Every few years they clear a patch of forest to grow the edible cassava root. Once harvested, they relocate and the forest is allowed to grow back. There is no mobile phone reception, no electricity, no running water; once in the forest, you are entirely cut off from the modern world.

My directions were to follow an unmarked trail due north, and expect that someone would meet me along the way. Just before dawn, taking advantage of the relatively cool temperature, I collected my heavy pack and machete and headed into the forest. It was the middle of fruiting season and breakfast was easy to collect along the way. After a few hoursâ€™ hike a small Chewong man silently emerged from the foliage. He led me to the rest of my research group and, although we moved at twice my normal speed, it was almost nightfall by the time we reached Tok Sumpehâ€™s pondok.

Communication with the Chewong during daylight is limited. The forests are inhabited by spirits who sleep through the day, and out of respect the Chewong speak as little as possible. They rely on hand signals, and the occasional reluctantly muttered syllable. But at night they open up. The spirits awaken and join them for the evening. After dinner, a small crucible is filled with resin which is burnt to produce a pleasing aroma, and everyone sings to entertain their spirit guests. Visitors are expected to participate. I was exhausted from my hike, so I was pleased when the formalities concluded and we were allowed to go to sleep.

Not long after falling asleep I was woken by another song. As one of the few remaining shamen of the Chewong, it is Tok Sumpehâ€™s responsibility to sing a ritual chant to the forest spirits at night. Each species of tree has its own spirit, so when fruit, fuel, or building materials are collected, the respective spirits need to be thanked. When a tree is in flower, or has fallen down, or simply hadnâ€™t been seen for a long time, these daily observations become part of a direct dialogue between forest and shaman. As he intones, his wife lies beside him muttering reminders.

I tried to pay attention, but the repetitive pattern of the song had me drifting back to sleep. But at around midnight I was woken again, just as the moon was rising above the line of trees. This time, Tok Sumpehâ€™s song had a different message. I lay silently as he asked the spirits to welcome the outsiders who had arrived to count the trees, and to assist us in our work. Although I hold no religious or spiritual beliefs, this was one of the most moving moments of my life. I gained a small insight into what it meant to have oneâ€™s life genuinely embedded in the natural world, living alongside countless generations of ancestors watching from the trees.

The Chewong occupy a precarious legal position. They are not officially allowed to live inside the strict wildlife reserve, let alone harvest its resources. To adopt the moralistic language of Western conservation, they are poachers. They are illegal loggers. Yet at the same time they have a deeper spiritual and personal connection to the forest than any researcher, conservation NGO or government agent. They are an integral part of the forest and any vision for its future needs them to remain in it. The Chewong depend on the forest and the forest depends on them.

Thanks to the Chewong, particularly Tok Sumpeh, Tok We and their families; my former PhD student Saifon Sittimongkol and MRes student Jonathan Moore; and the Insitut Biodiversiti Krau for enabling the research.