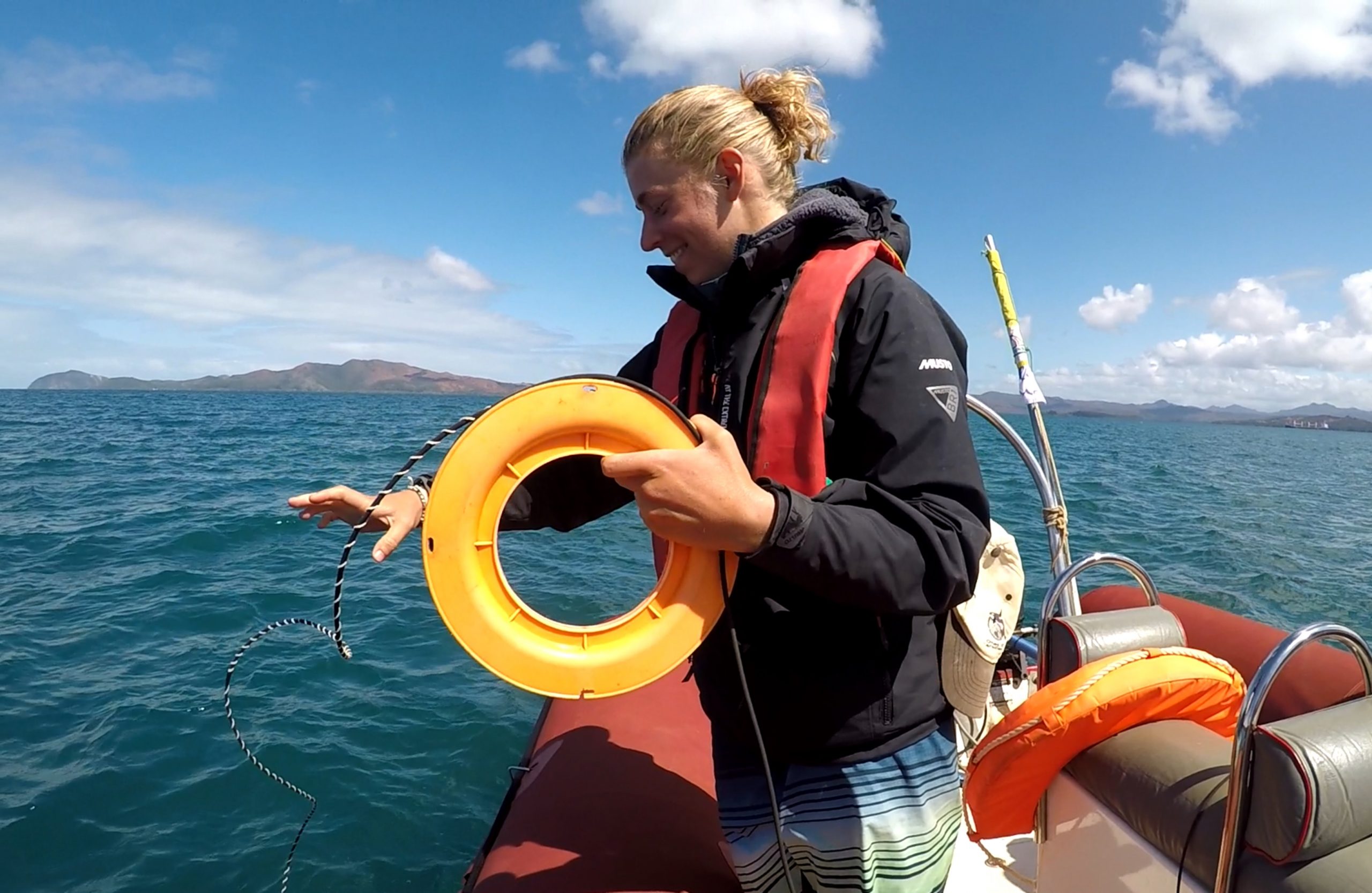 “Why would someone dedicate years to studying the humpback whale song?” you may ask. Well, in short, the allure of mystery.

The first time I heard the underwater symphony, I had to pinch myself. Growing up surrounded by the Alps in landlocked Switzerland, I never quite dared to imagine that I would end up listening to the songs of these majestic giants on a small boat in the southwest Pacific Ocean. But here I was, researching their longing wails as part of my PhD at the University of St Andrews.

In my project, I’m trying to understand whether some males sing better (or, different) than others, and, if so, whether females prefer to mate with males that sing in a particular way. I joined a team of researchers at IRD (UMR Entropie) and OpÃ©ration CÃ©tacÃ©s to conduct fieldwork on a humpback whale population breeding in New Caledonia (a tiny French island to the east of Australia) during the austral winter (June â€“ September) of 2018.

On my first day of fieldwork I was extremely excited and nervous â€“ I didn’t quite know what to expect. We cast off on our little red Zodiac, and I started scanning the sea for any conspicuous signs of whales. Before long we spotted a big blow at the horizon and slowly made an approach.

The sea was calm, offering a glimpse into a foreign world beneath and unveiling the full length of a humpback whale swimming alongside us. It was gigantic, yet its body moved effortlessly, seemingly weightless through the water. As the whale came to the surface to breathe, the wind blew its exhaled air towards me, scattering little whale blow droplets all over my face. My initial unwitting â€“ and, in hindsight, rather stupid â€“ thought was one of pure joy. I have been graced by the moist breath of a whale! I later learned that whale breath can transmit diseases and parasites to humans, and consequently held my breath and turned away from incoming whale showers thereafter.

On my second day, the sea was rougher yet I was no less excited. We dropped our hydrophone in the water hoping to hear some whales sing. Lucky for us, the ocean was full of high-pitched shrieks, harmonic cries, and rumbling groans. It was an underwater orchestra â€“ but for whom and why? While I was listening to this exhilarating concert in the middle of the choppy sea, pondering about these questions, a marine-mammals’ scientist’s worst fear was brewing: I started feeling terribly seasick. While everybody else was enjoying their lunch with the view of two minke whales circling our boat, I was fighting the strong urge to empty my stomach contents over the side rail. However, even with face against the dirty boat floor and the world spinning around me, I still felt like I was the luckiest person on earth.