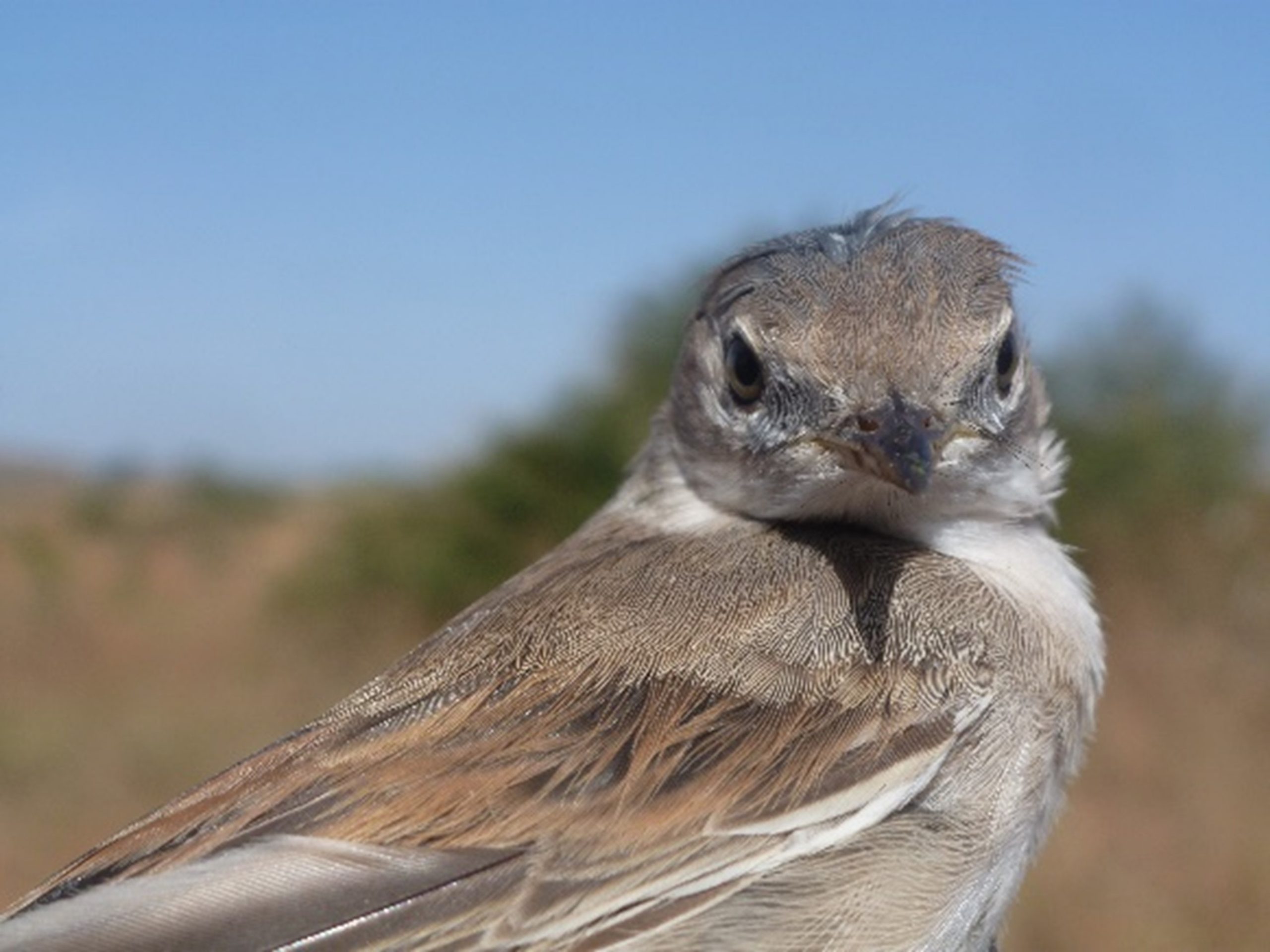 Three birds in the net are worth tears and sweat

Everyone that’s done fieldwork remembers that day; the one where everything goes unexpectedly perfectly. For me, it happened during the last fieldwork season of my PhD.

For over three years now, I’ve been studying the non-breeding ecology of a long-distance migratory bird, the Common Whitethroat Sylvia communis. As part of my project I spent the last three winters doing fieldwork in Jos, Nigeria; a far cry from the cold, harsh winters of Scotland, where I study. In a way, I became a migratory being myself, and it taught me to fully appreciate the benefits of long-distance migration.

My project focused on where the Common Whitethroat breed, what migratory routes they take, and where and for how long they stop over. Understanding this annual cycle will allow us to predict the responses that populations could have to recent global changes.

To track the birds, we attach light-sensitive geolocators to the birds’ backs. These collect times of sunrise and sunset, and because these times vary depending on where in the world you are, we can infer latitude and longitude positions. However, retrieving this data is easier said than done; one needs to re-catch the same bird to remove the geolocator. As Will Cresswell, my PhD supervisor and author of a BioTime anecdote a few weeks back, wrote: “Catching just any bird is easy. Catching a specific bird is not”. Oh, how true, and even more so after they’ve flown over 10,000 km to Europe and back! Needless to say, getting a geolocator back is an accomplishment worthy of celebration.

In November 2019, we spent an entire month trying to find any of the 60 birds carrying geolocators. Of the 60, we managed to sight five, and of the five we succeeded in recapturing three of them. The remaining two, however, turned out to be impossible to catch even after numerous desperate attempts to outsmart them. By mid-December I left for home, hoping that upon my return the birds would be more cooperative.

When I came back in January, the birds were exactly where I had left them. We decided to go all in, and set up an intricate maze of over 10 nets (each 12 meters long), planning to outsmart them once and for all. It was one hour after sunrise, and we hadnâ€™t even finished setting up the last net when, suddenly, my colleague Arin yelled: “We caught them! And guess whatâ€¦!?”â€” I imagine there are no words to describe my face when he told me that we had not only caught our two target birds, but also a third tagged bird that we had not even detected yet! To be honest, it took me a minute or two to actually believe him.

It was thrilling. All the tears, the sweat, the roller coaster of emotions, and the sleepless nights had been worth it. It was just the boost that I needed after a long period of not being able to catch any other tagged bird. By the end of the season, after over three months, we managed to retrieve seven geolocators, so you can imagine what these three geolocators in one morning meant in terms of data, and my happiness.

Fieldwork is full of magical moments. Of course, many things never go as planned. Things rarely happen the way you imagine them to but sometimes, just once in a while, you will have that one day when everything turns out unexpectedly perfectly.

This story is published under a CC-BY NC licence. Photographs are by Claudia Tapia Harris unless specified otherwise.