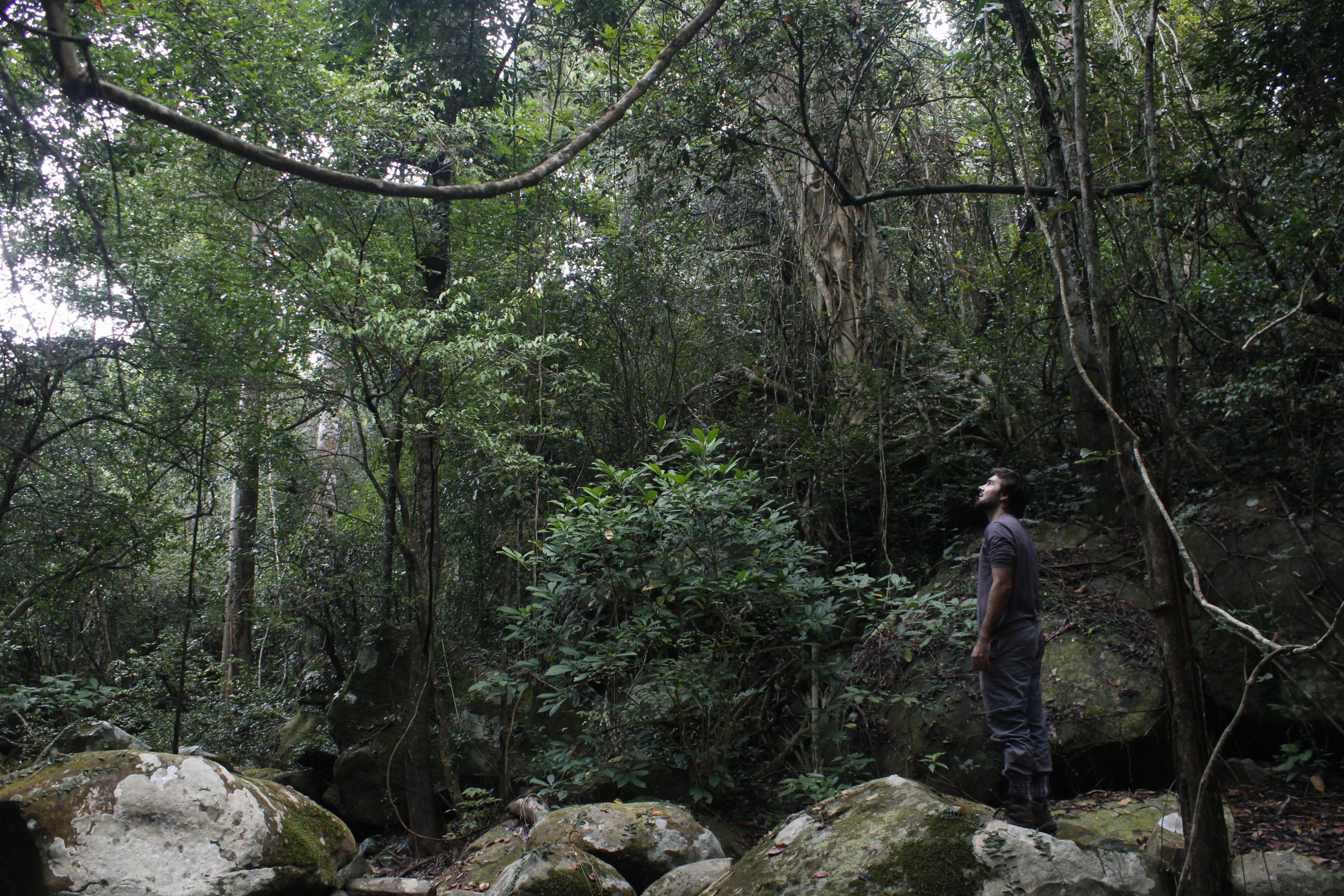 King without a crown: bowing to snakes in the Thai jungle

The before nearby voices of my colleagues of the Sakareat Conservation and Snake Education Team were now only getting dimmer and dimmer. â€œI am getting behindâ€, I thought. It probably was due to having to navigate through streams, slippery fallen logs and thorny bushes. It could also be due to only knowing those Thai evergreen forests for about a month now. It was only when I heard the growl that I realized that it most likely had something to do with the 2.5 kg and nearly 3-meter King Cobra I was carrying in a box. The King Cobra (Ophiophagus hannah) is the longest venomous snake in the world, ranging from India to China, and it feeds mostly on other snakes such as the Reticulated Python, the longest snake in the world. For those who have not been lucky to hear it, its growling hiss is somewhere between an alert Rottweiler and the heavy breathing of a certain masked black-dressed lightsaber-wielding space father.

It weighed as much as my responsibility to carry it: it was a sexually-mature male, being released just before the mating season, and the largest individual the team had caught so far. It was now fitted with a transmitter and ready to be followed by radio-telemetry up to four times a day for the next six months to understand the spatial ecology of King Cobras and the threats they face in rural north-eastern Thailand. While you would think locating a 3-meter snake is not that difficult, King Cobras are simultaneously very secretive – often living nearby (and inside) homes without people realizing – and highly mobile. You can easily find them deep into the forest in the morning and under a pile of trash in a village during lunchtime, and they can cover 1.5 kilometers in just 10 minutes which causes their radio signal to quickly vanish. And if the signal is nowhere to be found or if it keeps moving, you keep moving, often through the night.

I eventually found my colleagues sitting in a forest clearing, waiting for me. Coincidentally, it would be that exact clearing where, a few months from then, we would have to carefully dig out from a burrow a very stressed King Cobra whose transmitter was dying, as paradoxically as that sounds. But for now, the clearing was peaceful. The snake had stopped growling and we had begun to prepare to photograph it as it left the box. We took some time to choose which angles would be best, which settings would best capture it slithering away, discretely as most King Cobras had done before. With all cameras in place, one of us carefully opened the box and let the snake go free. However, instead of slithering discretely towards the direction the box was facing, it lifted a great portion of its body and spread its hood moving towards our general direction. With its non-threatening but â€œDo not mess with meâ€ demeanour, it moved gracefully across the clearing, overcoming fallen logs as a scaly war tank. As it safely passed in front of us, shaky hands holding shaky cameras failed to capture its regal aura, leaving only blurry pictures with a reminder: â€œThe King Cobra bows to no one.â€

Filipe Serrano
Filipe is a PhD candidate at the University of SÃ£o Paulo, Brazil studying Biogeography of the richest Neotropical snake family.

This story is published under a CC-BY NC licence. Photographs are by Filipe Serrano unless specified otherwise.