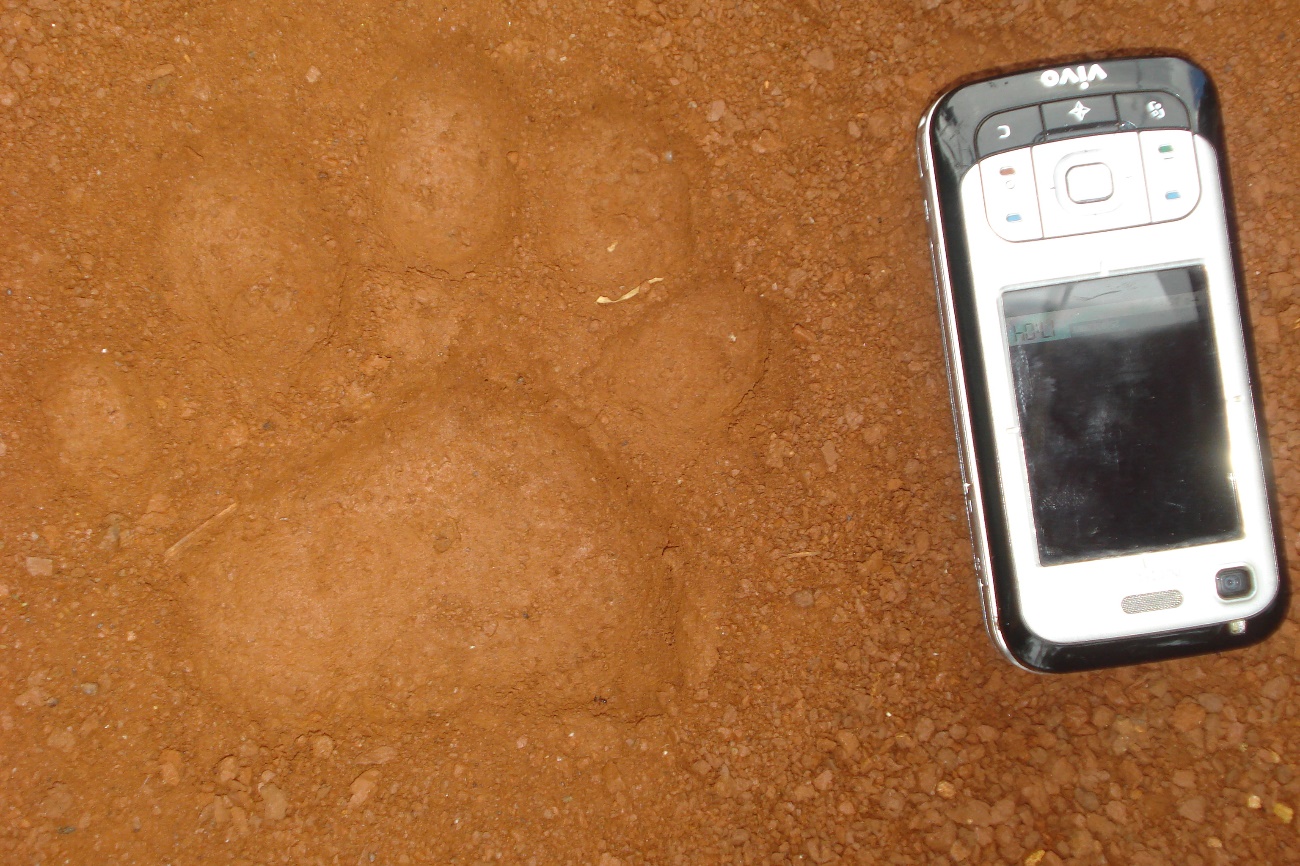 A thrilling and scary encounter

From 2008 to 2010 I worked on a large remnant of the Atlantic Forest in southern Brazil. This incredible area contains the largest longitudinal waterfall in the world, the â€˜Salto YucumÃ£â€™ (meaning â€œbig fallsâ€ in indigenous language), with about 2 kilometers of extension in the Uruguay river. It is also home for many threatened animal and plant species, including the iconic tropical jaguar and the beautiful jararacuÃ§u, a large viper with a powerful poison.

There, I studied the diversity of amphibians in two ways: using pitfall line traps buried in the ground to capture leaf-litter species, and surveying amphibians in calling activity in ponds and streams deep into the forest.

Every morning began with the duty of reviewing the traps to check if there was something new – and to free the captured amphibians preventing their deaths from â€œcozyâ€ tropical heat exposure. Because there were eight-line traps located kilometres apart from each other, this task would often last most of the morning and afternoon. Once the sun went down, it was time to go to the ponds and streams in the forest to get dirty and wet amidst loud choruses of calling frogs. We would have several hours of identifying frogs, estimating their abundances, and moving from one water body to another before finishing.

Most days this job was peaceful and pleasant – though utterly exhausting as we would walk a minimum of 8 kilometers every day. Each day a different animal fell into the traps and filled us with joy and excitement. But in one lazy, rainy day, things took an unexpected turn with a bizarre plot-twist. I woke up as usual, had breakfast with my field colleagues and got prepared to start another morning of pitfall trap inspection. Eventually, my team and I had to acknowledge that we couldnâ€™t locate two of the trails, despite the fact that we had been successfully finding them for the last 6 months. Shame on us! However, we didnâ€™t give up and this paid off as we finally managed to find the trails. But thatâ€™s not all. It suddenly began to rain torrentially, and we found ourselves in a hurry to move forward and finish the inspection of the traps. When we were on the last trail, we decided to leave unnecessary equipment such as thermos bottles and backpacks on the road to pick up on the way back, this would make the task of walking through the dense forest trail easier and allow us to finish the job more quickly. As we reviewed the traps, we shared the impression that there was something, or someone, around us. A subtle, but powerful presence. â€œWe need to keep up with work because the rain doesnâ€™t look like itâ€™s going to stop, come on team!â€ I remember someone saying that. As we walked back to the road to pick up our stuff and head to the accommodation, that powerful presence seemed to be following us, somehow observing, inspecting us from a few metres apart, just as we had been doing with the animals in the pitfall traps. â€œKeep moving guys, rain is getting heavier!â€, someone said as if we were afraid of the rain at that moment!

Finally, on the road to pick up our things, I looked at the ground and noticed huge footprints all around the thermos and backpacks we had left there. So, I looked across the road towards the trail entrance, and I saw the silhouette of a huge animal getting engulfed by the forest. My heart raced. Excitement was making my breath run out. It was that iconic, endangered carnivore species. If we still have had some doubts, the fresh footprints confirmed it: our silent secret admirer was a jaguar. We had been so close to each other, and for a considerable amount of time! I tried to recall what the survival manuals say about close-range encounters with a jaguar: run? Stay still? Shout out loud? I could not remember anything. An adrenaline rush took over my body. Maybe the jaguar was as scared as we were, and fortunately didnâ€™t see us as a threat. We did not think twice: we gathered our belongings and left the road in a hurry towards our accommodation. There we dried ourselves off and shared our feeling for having lived such an incredible experience. But the thrilling experience left a permanent marker, as we have been known to good-humoured local residents as “the biologists who fled the jaguar” since then.

Samanta Iop
Samanta is an ecologist studying community processes in the Southern Brazilian grasslands. She's currently a postdoc at the University of SÃ£o Paulo, Brazil.