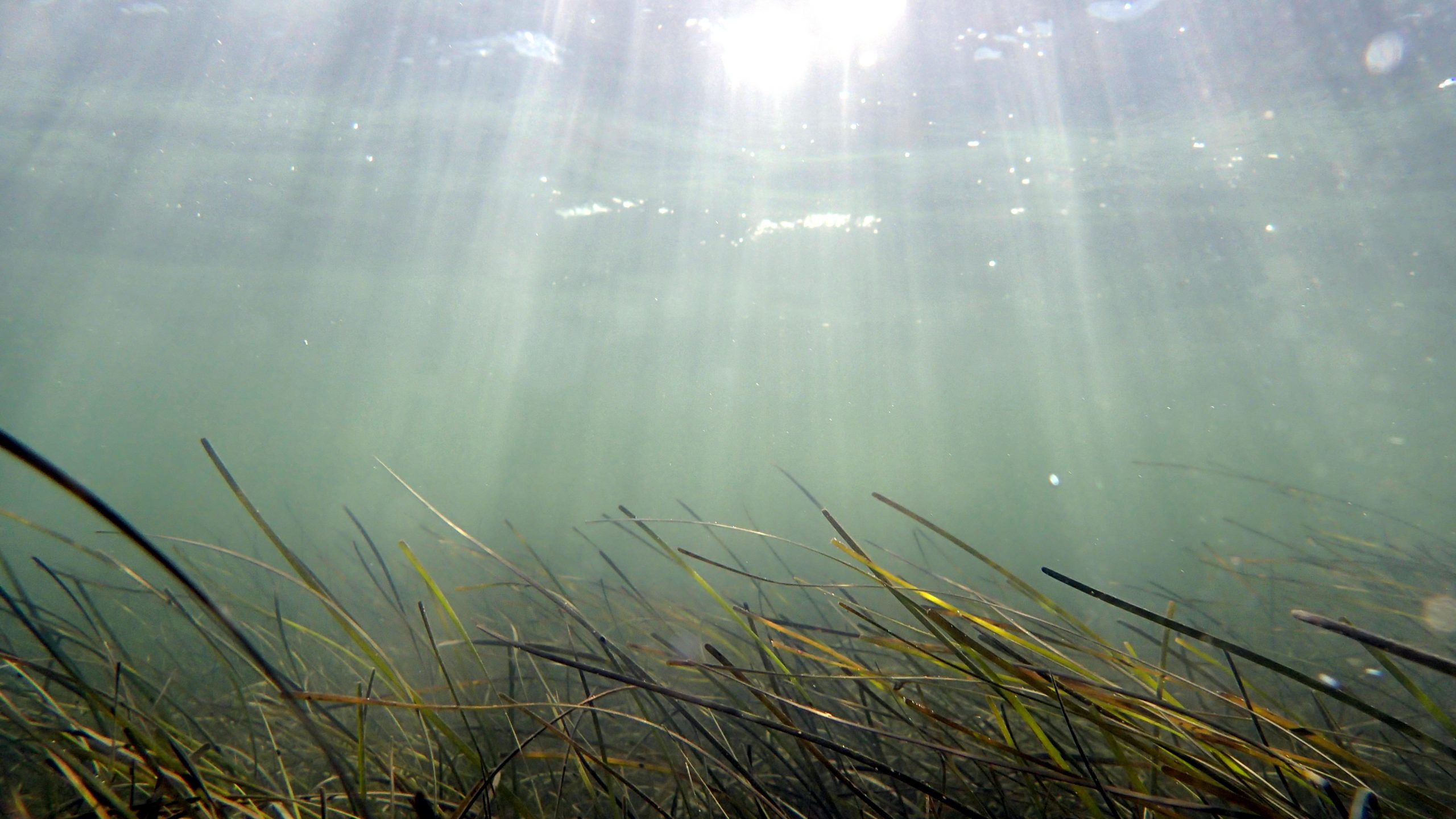 Seagrasses are the underappreciated heroes of coastal ecosystems. As heroes, seagrasses are vital nurseries for many species of fishes and invertebrates, contribute roughly one-fourth of global fisheries production, and store as much carbon as some terrestrial forests! But they are sometimes lost in the public eye: a recent scientific study has shown that of all ecosystems on planet Earth, seagrasses have the fewest songs written about them, fewer than marshes, bogs, or even steppes (can you think of a song that you listened to that mentioned the word â€˜steppeâ€™ in it? Well, turns out it appears in 36x more songs than the word â€˜seagrass!â€™)

So, it is my great pleasure to publicize the humble seagrass, and the valuable services they provide. Beyond the services mentioned above, seagrasses are vital to the coastal â€˜food web.â€™ They host a wide array of small and tasty critters, including small shrimps and crabs, that are essentially â€˜fish foodâ€™ for the many species that utilize seagrass beds at some point in their lives. Which is why our group has been monitoring these animalsâ€”and the things that eat themâ€”in their seagrass habitat for 15 years at a place called Goodwin Island, at the mouth of the York River Estuary in Chesapeake Bay, USA. This study has generated thousands of samples and taken dozens of dedicated scientists, students, and citizens to collect and process.

Chesapeake Bay is notable for a lot of reasonsâ€”it was, of course, the site of the first British colony in the Americas at Jamestownâ€¦ok, well, the first reasonably successful oneâ€”but what a lot of people donâ€™t know is that it is one of the most dynamic environments on the planet. I have seen icebergs float by on the river in the same year I have sat in water approaching 35Â°C (that is as warm as, if not warmer than, your bathwater). Working in such a place presents a unique set of challenges.

My most vivid memory was heading out in one brisk November wearing the thickest wetsuit available, hood, gloves, a hat, and a nice warm float coat, speeding out the field site and then having to jump in the freezing cold water and work until my fingers were numb. On the other hand, the water was crystal clear (a rarity in the heavily populated and therefore polluted Chesapeake Bay), allowing me to snap beautiful photos such as this:

Seeing the healthy grass, especially at a time when nearly one-third has been lost in the last 20 years, was a uniquely gratifying experience. That trip was actually the last time we sampled this grass bed, beginning in 1998 and ending in 2013. It was humbling to be there at the end, given that I was only 11 years old when the survey began. Hopefully, someone else will take up the mantle of monitoring this grass bed and continue our efforts. Until then, we will work hard to learn as much as we can from the volumes of data we have collected, to understand and best conserve this valuable ecosystem.

Jon Lefcheck
Jon is the Tennenbaum Coordinating Scientist for the Smithsonian MarineGEO Network. He is a community and applied ecologist whose research focuses on seagrass ecosystems.