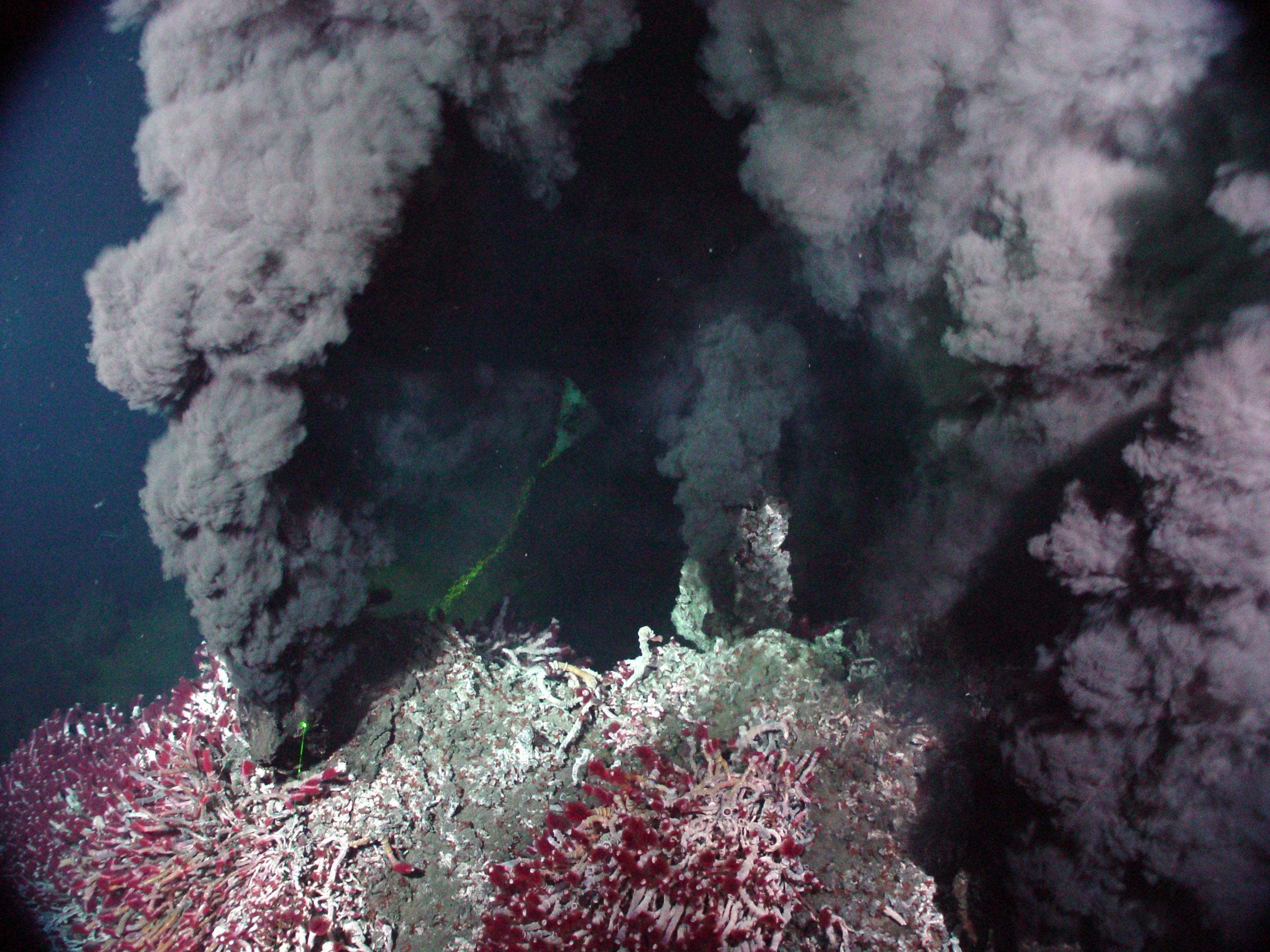 After reaching the seafloor on the Endeavour segment of the Juan de Fuca Ridge 200 km off the west coast of Vancouver Island in the human operated vehicle Alvin, we spent a very focused morning searching for a vent called â€œHot Haroldâ€ to sample fluids thought to exceed 350ÂºC. The time ticked by as we circled through a maze of chimney formations, my list of tasks feeling heavier and heavier on my lap as we searched without success. It was a relief when we finally located the vent, obtained our water samples, and then moved on to our next task.

I remember thinking that I had neglected to savour being a junior scientist on similar submarine expeditions, where my responsibilities had included taking pictures and watching out the porthole window for octopus, where I had the time to worry about whether I would have to use my allotted pee-cup in such close company. But I was able to relax for a few minutes as my team members tested some sampling gear. I realized I was hungry and opened a chocolate bar. Scrunched up under a blanket, 2000 m under the sea, I turned to look out my port-hole window to enjoy a literally stunning view of a large black smoker chimney pumping out hydrothermal fluids, shimmering in the submersible lights, and the tubes of worms forming a garden of red and white. The venting fluids and animals were so close and vivid that I felt I could reach out with my hand to feel the warmth. It was this moment when I was struck by how bizarre and wonderful it was that I was sitting on the seafloor with 2 km of ocean above us, brand-new sparkling, black, basalt beneath us and a view like no other, eating chocolate.

Amanda Bates
Amanda is an ecologist who studies ecosystem resilience and functioning change. She's a Professor at the University of Victoria, Canada.